PTSD (Post Traumatic Stress Syndrome) is an incapacitating disorder that occurs when a person witnesses or experiences a traumatic event. This is an event that initiates overwhelming anxiety; it is outside the person’s frame of reference, and usually involves either a threat of personal injury or death. Such events often occur in combat. 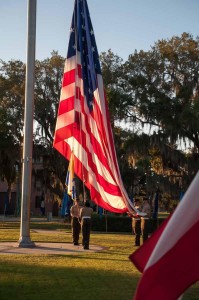 The mind is sometimes severely impacted by traumatic experiences, and upon facing overwhelming trauma- an extraordinary event that can cause serious injury, harm or death; usually a terrifying event, such as intentional violence and/or witnessing violence. It is an overwhelming situation that leaves a person unable to cope. It threatens your safety and causes you to feel powerless.  Unpleasant or dangerous events are most likely to cause PTSD when they involve an extreme threat to a person’s life.

The more serious the threat and the longer it endures, the higher the chance of developing PTSD. The extent to which the occurrence was sudden, uncontrollable, and inescapable is also a factor.  In combat, the most likely scenarios are being under enemy fire for a prolonged time, being captured and/or tortured by an enemy, being shot or shot at, having to shoot or shoot at another person, or watching a friend die. END_OF_DOCUMENT_TOKEN_TO_BE_REPLACED